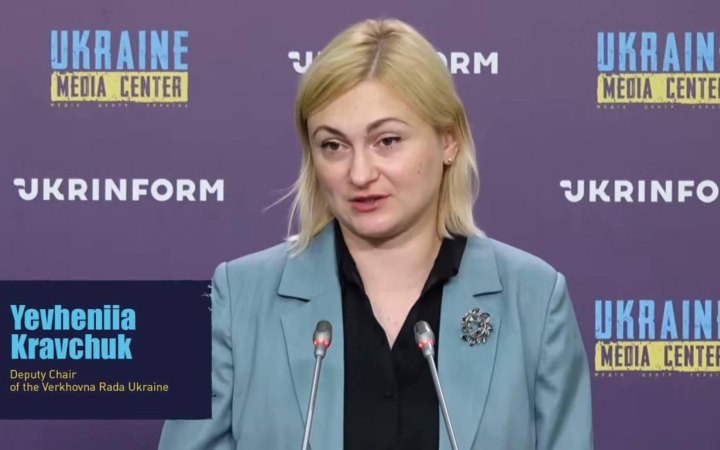 According to Lb.ua, the Deputy Chairman of the Committee on Humanitarian and Information Policy, the Deputy Chairman of the "Servant of the People" faction, a delegate of the Ukrainian parliament to PACE Yevhenia Kravchuk announced at a briefing that Russian propagandists should be convicted, not only subject to sanctions. Therefore, it is necessary to accelerate the process of establishing an international tribunal. A separate resolution should recognize the destruction of the Ukrainian identity by the occupiers - another war crime.

"Two separate resolutions will be written and adopted in the European Council. One of them will concern propaganda. In my opinion, this is very important, because propagandists are trying to hide behind Article 10 of the Convention on Human Rights on the right to freedom of expression. But Russian propaganda has nothing to do with this article. Therefore, the Ukrainian delegation initiated a separate resolution aimed at proving this," she said.

The Baltic states have already declared their readiness to join the creation of such a tribunal, where Russian high-ranking officials will be convicted of the crime of aggression. Back in April this year, the PACE resolution on the need to establish such a tribunal was adopted. Last week, PACE appealed to member states to speed up the establishment of such a tribunal.

"It is clear that the place of propagandists is in the dock, not only in the sanctions lists," Kravchuk said.

According to her, the second PACE resolution on destroying cultural identity during the war will also be prepared.

"More than 540 historical monuments and religious buildings were completely or partially destroyed only after February 24... In addition, there is the destruction of cultural identity, this is what we do not see with our eyes. These are not buildings. But Ukrainian books are being thrown out of libraries, it is forbidden to teach in Ukrainian in educational institutions. Children who were forcibly taken out of Ukraine are demonstratively re-educated so that they forget the Ukrainian language. This is the destruction of the Ukrainian identity, which is also a war crime and part of genocide. We will work on legal grounds to ensure that those who are destroying the Ukrainian identity are also held accountable," she summed up.

Earlier, PACE adopted a resolution on the recognition of the Russian regime as terrorist. 99 deputies present at the session voted in favor of it, and one abstained.