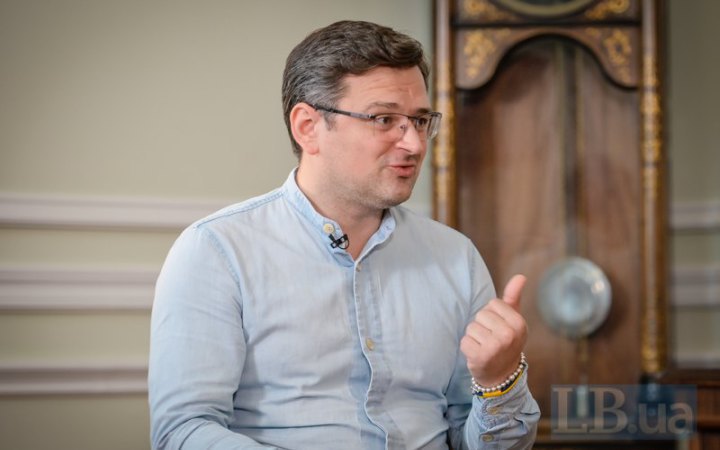 Ukrainian Foreign Minister Dmytro Kuleba has called on the European Union to adopt the ninth package of sanctions against Russia and make it as strong as possible.

"The issue of the adoption of the ninth EU sanctions package is long overdue, but there is still no package. Moreover, we hear only attempts to start serious work on its preparation. This situation is absolutely unacceptable. I call on all my colleagues in the EU, both in the European Commission and among the EU member states, to put aside any doubts or fatigue and to start and quickly complete the new ninth sanctions package and make it as powerful as possible," Kuleba said at a briefing, as quoted by Interfax-Ukraine.

He noted that if Ukrainians are not tired, the rest of Europe has neither moral nor political right to get tired.

"Particular attention should be paid to sanctions that slow down and stop the Russian missile industry. That is, Russia's ability to produce new missiles must be destroyed so that they do not have additional resources to destroy Ukrainian cities, the Ukrainian energy system and Ukrainian citizens," Kuleba said.

The foreign minister added that Ukraine insists on the need for a complete energy embargo, the extension of the oil embargo to include the northern branch of the Druzhba gas pipeline, and a ban on imports of liquefied gas from Russia.

"We call for sanctions against Rosatom and suspension of Russia's rights in the International Atomic Energy Agency," Kuleba said.

He added that Russian state propaganda in the EU and other countries should be completely banned.

"It is also necessary to expand individual sanctions. We propose to include in the list all those involved in illegal actions at the Zaporizhzhya NPP. Ukraine has already introduced such restrictions at the national level, and we have submitted our list to the EU," Kuleba said.