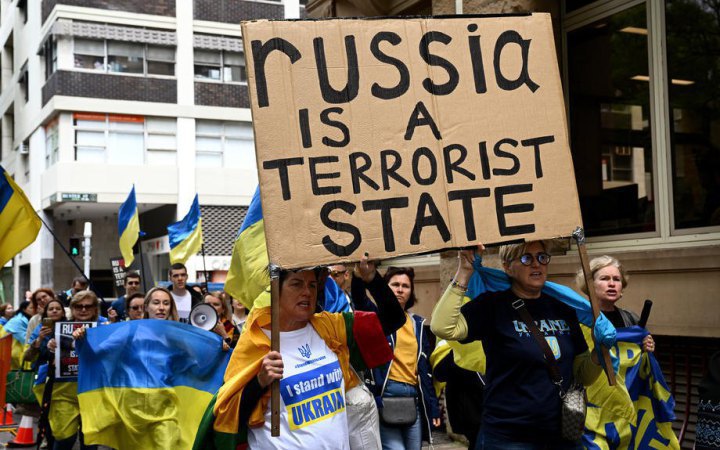 The European Parliament has recognised Russia as a state sponsor of terrorism and a state that uses the means of terrorism, President of Ukraine Volodymyr Zelenskyy and Prime Minister of Ukraine Denys Shmyhal said.

"I welcome the decision of the European Parliament to recognise Russia as a state sponsor of terrorism and a state that uses the means of terrorism. Russia must be isolated at all levels and brought to justice to put an end to its long-term policy of terrorism in Ukraine and the world," the President wrote on Twitter.

"I am grateful to Members of the European Parliament for this important decision. Russia, which deliberately attacks civilians and civilian infrastructure, must be stopped and completely isolated," Denys Shmyhal said.

Recognition of a state as a sponsor of terrorism allows to strengthen sanctions against it and prevent its cooperation with other countries.

On 21 November, the NATO Parliamentary Assembly recognised the Russian Federation and its regime as a terrorist state.

On 13 October, the Parliamentary Assembly of the Council of Europe unanimously adopted a resolution designating the Russian Federation as a terrorist regime. PACE became the first international organisation to recognise Russia as a terrorist state.