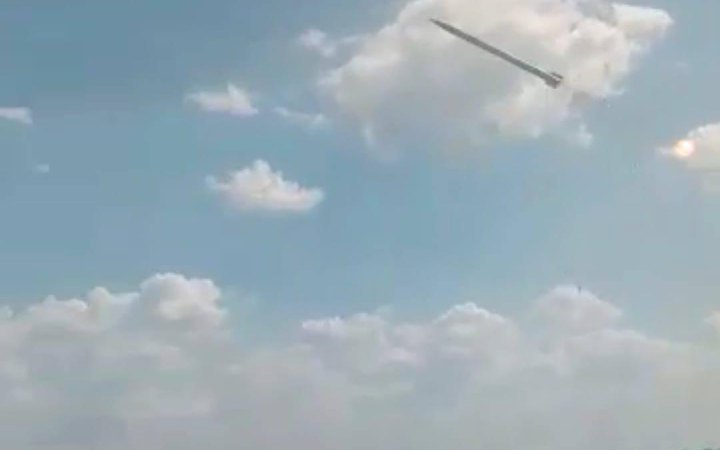 The 274th day of the Russian large-scale invasion has begun. Over the past day, the units of the Defence Forces repelled the attacks of the occupiers near the settlements of Andriyivka, Bakhmut, Klishchiyivka, Krasnohorivka, Maryinka, Ozaryanivka, Opytne and Yakovlivka in Donetsk Region.

Yesterday, Russia launched 78 missile and 23 air strikes, fired more than 70 multiple rocket launchers at the positions of our troops and settlements, the General Staff of the Armed Forces of Ukraine said in the morning statement.

In the course of a massive attack on residential buildings and energy infrastructure in the city Kyiv, Kyiv, Vinnytsya, Lviv, Kirovohrad, Zaporizhzhya, Kharkiv and Donetsk Regions, the Russian occupational forces launched 67 cruise missiles and up to 10 Lancet attack UAVs. 51 missiles and five of these drones were shot down by the Ukrainian Defence Forces.

In the Siversk area, the enemy shelled the vicinities of the settlements of Hay and Khrinivka in Chernihiv Region and Basivka, Seredyna Buda and Yasna Polyana in Sumy Region with rocket and barrel artillery.

In the Slobozhansk area in the border zones of Belhorod Region, the enemy keeps units of its troops to conduct demonstrative actions. It periodically fires mortars and barrel artillery at the positions of the Defence Forces, as well as the areas of the settlements of Bologhivka, Veterynarne, Hlyboke, Dvorichne, Izbytske, Krasne, Kudiyivka, Ohirtseve, and Strilecha of Kharkiv Region.

The enemy is defending in the Kupyansk and Lyman areas. Cynically shelling from tanks, mortars and barrel artillery, in particular, the areas of the settlements of Berestove, Vilshana, Vyshneve, Kyslivka, Krokhmalne, Tabaivka of Kharkiv Region; Makiyivka, Novoselivske, Stelmakhivka and Ploschanka in Luhansk Region and Terny, Torske and Yampolivka in Donetsk Region.

In the Kryvyy Rih and Kherson areas, the enemy does not stop artillery shelling of the positions of our troops and settlements on the right bank of the Dnipro River. It used barrel and rocket artillery for shelling Antonivka, Beryslav, Veletenski, Bilozerka, Dniprovske, Dudchany, Kachkarivka, Novooleksandrivka, Ponyativka, Stanislav, Tokarivka, Shyroka Balka in Kherson Region and the city of Kherson, conducting positional defence. The enemy is improving the logistical support of advanced units and is working on the fortification equipment of the positions in the specified areas.

Work on producing reinforced concrete structures is actively underway in the temporarily occupied territory of the Autonomous Republic of Crimea. Finished products are exported to the city of Armyansk. The occupying authorities instructed the medical staff of the hospitals of the temporarily occupied Horlivka of Donetsk Region to seize the documents of the deceased mercenaries of the private military company Wagner, not to conduct a forensic examination of the bodies, and to pack them in sanitary bags for transportation. The destination is currently unknown.

During the past 24 hours, the Air Force of the Defence Forces struck 6 areas of the enemy's personnel, weapons and military equipment concentration and 2 anti-aircraft missile systems.

Units of the Ukrainian missile forces and artillery hit 4 areas of concentration of personnel, weapons and military equipment, an air defence position and another important enemy object.

As a result of yesterday's attacks on energy infrastructure, several regional centres were cut off from electricity supply. In Kyiv, the entire city had no water supply, and as of the evening 80% of Kyiv residents had no electricity.