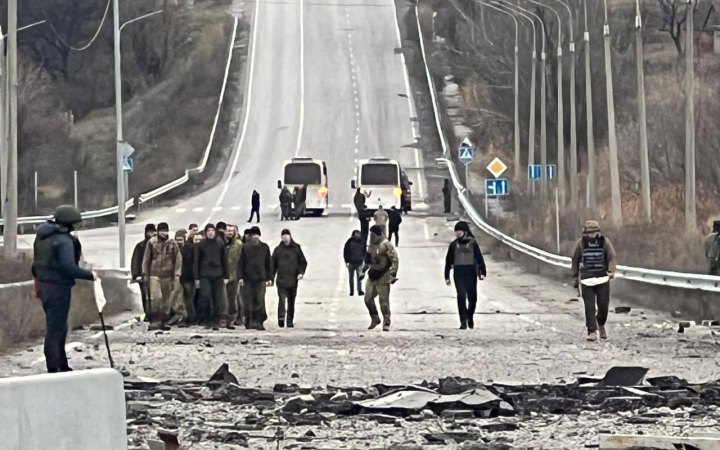 On 24 November, another 50 Ukrainian defenders returned home from Russian captivity. These are 20 National Guardsmen, 12 Navy servicemen, 10 soldiers of the Armed Forces, six from the State Border Service, and two from the territorial defence, presidential chief of staff Andriy Yermak has said on Telegram.

He noted that among the exchanged there were two officers, 48 privates and sergeants.

"It is important that we managed to return 19 defenders of Mariupol, 12 of whom were evacuated from Azovstal, as well as 15 prisoners from the Chornobyl NPP and seven from the Serpent Island," he said.

The Main Intelligence Directorate of the Ukrainian Defence Ministry reported that, in terms of military specialities, bomb experts, drivers, medics, signalers, riflemen and others were released. At least nine of the liberated are wounded. The oldest of the liberated defenders is 44 years old, the youngest is 19.