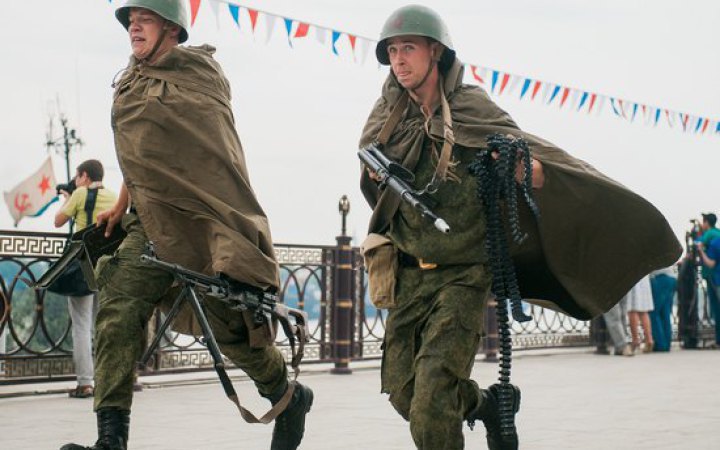 The military-political leadership of the Russian Federation has prepared a document "Conclusions of the war with NATO in Ukraine", which is being distributed among the military. It indicates, among other things, the shortcomings in the Russian army and the need to mobilise 5 million Russians in order to win the war, the deputy chief of the Main Operational Directorate of the Ukrainian Armed Forces' General Staff, Oleksiy Hromov, has said, as reported by Ukrinform.

"Part of this masterpiece ("Conclusions of the war with NATO in Ukraine" - ed.), among other things, highlights the main problems of the Russian occupuing troops, including the inability of commanders to command personnel in the troops, the unsatisfactory discipline and combat training, the obsolescence of weapons and military equipment, the inability of commanders to make decisions without the mandatory approval of the command, etc. At the same time, each document states that the Defence Forces of Ukraine have a fairly high level of equipment, and their commanders at all levels can make decisions independently in combat conditions. The document also states that there has not been such a war for more than 80 years, and in order for Russia to achieve victory, the numerical composition of its army should be about 5 million servicemen," Hromov said.

He noted that according to some officers, this may mean the next wave of mobilization and the introduction of martial law in Russia in the near future.

Answering the question whether the Ukrainian General Staff is preparing a document on the needs of the Defence Forces in case of an increase in the number of the enemy army, Hromov noted that such work is ongoing.

"One of the points of planning any further combat actions is to directly determine the need for weapons, fuel, ammunition and other logistical needs. From the first day of the war, the General Staff has been conducting such calculations, these calculations are specified depending on the expenditure of weapons and military equipment, the expenditure of material and technical means during the conduct of hostilities, as well as taking into account the material and technical assistance received from partner countries. Calculations are carried out almost daily. There are needs, our partners at the international level have been informed accordingly, the General Staff is working with our partners fruitfully," Hromov noted.