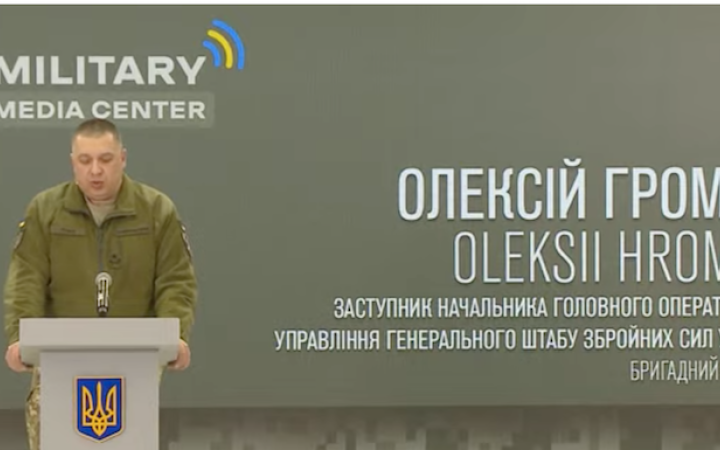 The grouping of the Ukrainian defense forces within Volyn, Zhytomyr, Rivne, Sumy and Chernihiv regions continues to conduct a stabilisation operation. No formation of strike groups to resume the offensive has been observed on the territory of Belarus and the border regions of Russia, the deputy chief of the Main Operational Directorate of the General Staff of the Armed Forces of Ukraine, Oleksiy Hromov, has said at a briefing.

As part of the deployment of a joint grouping of troops of the Russian Federation and Belarus, more than 9,000 Russian troops and more than 250 pieces of military equipment continue to be deployed on the territory of Belarus. They are mainly concentrated in the areas of training grounds.

Belarus continued to check the combat readiness of the armed forces until 28 November. It has been going on since May. The readiness of the Belarusian armed forces to independently conduct combat operations is assessed as low. Most of the personnel do not want to participate in the war, but 10,000-15,000 Belarusian servicemen are ready to fight against Ukraine. First of all because of financial remuneration.

Flights of MiGs, which carry Kinzhal missiles, continue in the airspace of Belarus.

The enemy is spreading information about a possible so-called aggravation of the situation on the Russian-Ukrainian border from 23 to 28 November. Russia claims that NATO and Ukraine "will seek to seize the border areas of Belarus and Russia".