How did it all start?

It started with a video of the choir singing about "bells ringing over Russia" after a service in the Kyiv Pechersk Lavra, which was shared online.

From the Lavra's point of view, there is nothing criminal, it is a regular thing for them, just this time someone filmed it. After numerous reports about searches of collaborator priests' premises, their treason, aiding the enemy, fleeing to Moscow, these "bells" had the effect of the last straw.

At first, the Lavra denied everything. They said it was a montage, a fake, a provocation by the Orthodox Church of Ukraine. But the next day, the hegumen of the monastery, Metropolitan Pavlo (Lebid), confirmed everything. Of course, in his typical manner. 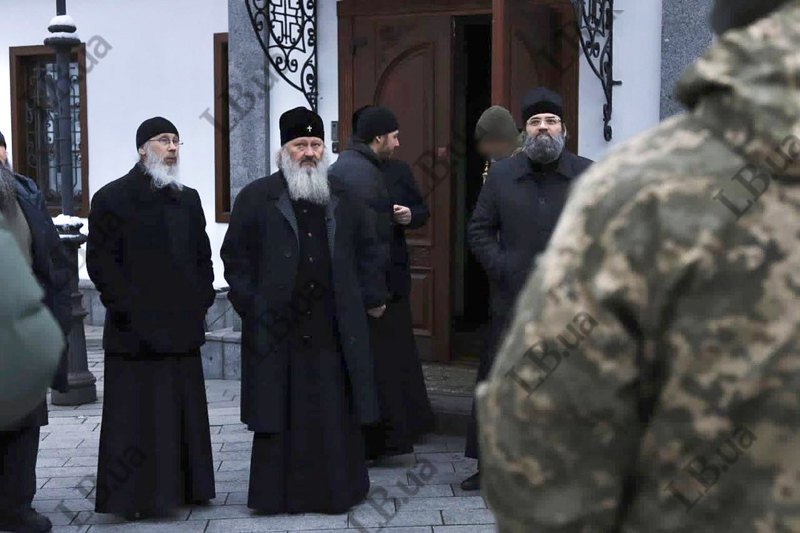 I have already written about this on the wonderful Facebook (where I was banned for "hate speech"), but I will briefly repeat here to give you a full picture.

What exactly did Pavlo say?

1. The events in the video do not take place during the service, but afterwards. These words are not a prayer.

Absolutely true. There is no such prayer in nature. But after the service, people go to bow to the icons, and the choir sings various songs at this time. In the OCU, this is usually the spiritual Anthem of Ukraine. Here these are Russia and "Mother Russia". Well, well, to each his own.

2. Pavlo claimed that these were "some activists singing".

They say they were passing by and decided to come into the Lavra to sing. Why not? But everyone who goes to the church more often than to celebrate Christmas and have a sausage blessed on Easter knows that the situation when some strangers sing something there - even after the service - is impossible.

But the parishioners, mind you, were silent. They are obviously okay with everything.

3. After all these "convincing" explanations (and the absence of apologies to the OCU, which they smeared just the other day), Pavlo for some reason says that Zakhariya (the priest at whose liturgy a song glorifying Russia was sung) will be suspended from conducting services while the circumstances are being clarified.

They say he finished the service, went to people, and then some bad unpatriotic hooligans gathered in front of the miraculous icon to sing. And Zakhariya is not to blame, he just did not hear.

If Zakhariya is not guilty, then why should he be "suspended"?

I have a similar question. But it will obviously remain unanswered. So I'd rather tell you about the "hero". 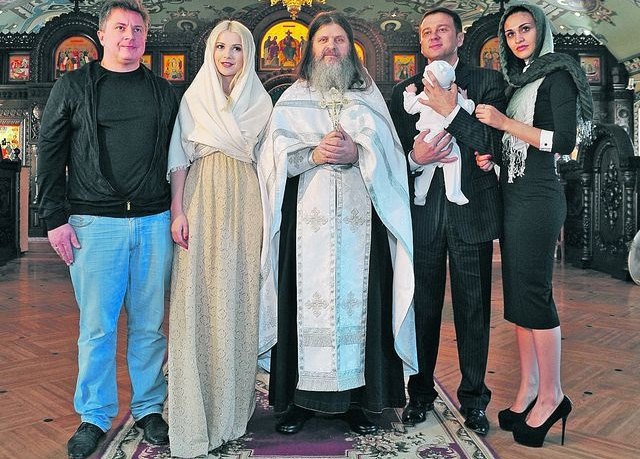 Seriously, he is a very smart and experienced person, a good psychologist.

He is considered a "healer", a "miracle worker" who "helps the elites".

A little more, and you get a Rasputin of sorts for the royal family.

Zakhariya feeds to the latter.

And he does it very skillfully, I must say. He has built himself an appropriate image: he sleeps in a coffin (unpainted. For some reason, this is especially emphasized), he puts a hat of Mark the Digger on [Soviet, Russian singer Alla] Pugacheva.

Here is the quote:

"Once he advised her to wear the hat of Mark the Digger, a sacred relic of the Lavra, which cleanses you from negativity, wards off the evil eye and heals. The hat is a headdress with spikes that press on the head and cause a lot of unpleasant physical sensations. But the person who wears it is healed and spiritually cleansed by pain. Alla Borisovna [Pugacheva] wore the hat in the Lavra several times."

There is demand, so why not? A purely market story.

At one time, he was very popular in the Party of Regions crowd.

I clearly remember how he made a prediction about the dollar exchange rate on two occasions (around 2010-2012). But what a pity, the predictions for two separate respected MPs were different. But the MPs were from the same party (PR) and communicated with each other. It's just that one of them was almost appointed the head of one eastern region, while the other one was cast off.

The other one got upset and... went to Athos to ask about the dollar exchange rate.

This is not a joke.

There was also a story about a cell for 20,000 euros per night, but I'll leave it for next time - enough of the culture shock for you.

And the Synod punished this "healer"?

No, they did not even mention it.

And he was not mentioned either. The day before there were rumors that he could still be politely "asked out". Replaced, for example, with Meletiy (Metropolitan of Chernivtsi and Bukovyna – ed. note). Or that they would simply assign the Lavra to Onufriy (his permanent residence is in Feofaniya. Yes, it is a nunnery. But whom would it stop?). This did not happen.

So, what did they decide?

They took personnel decisions. And we have to talk about them in detail. 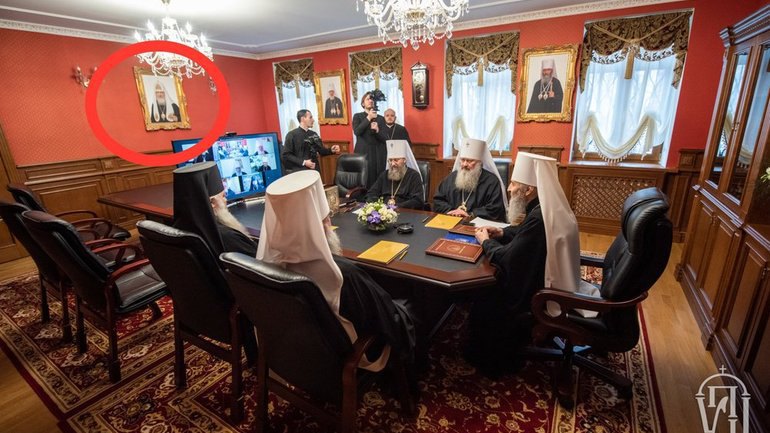 Let me remind you.

It was him that the Security Service of Ukraine searched on more than one occasion a month ago.

The set of charges is standard: encroachment on territorial integrity, incitement to sectarian hatred.

Ioasaf is a protege of Antoniy Pakanych. Pakanych is the right-hand man of Metropolitan Onufriy, one of the main pro-Russian figures in the UOC (allegedly not of the Moscow Patriarchate), who has a Russian passport (to be absolutely correct: he had it in 2009, I did not check its fate).

He had never interfered in church politics before, a typical opportunist, nothing extraordinary. But, again, he was close to Antoniy. 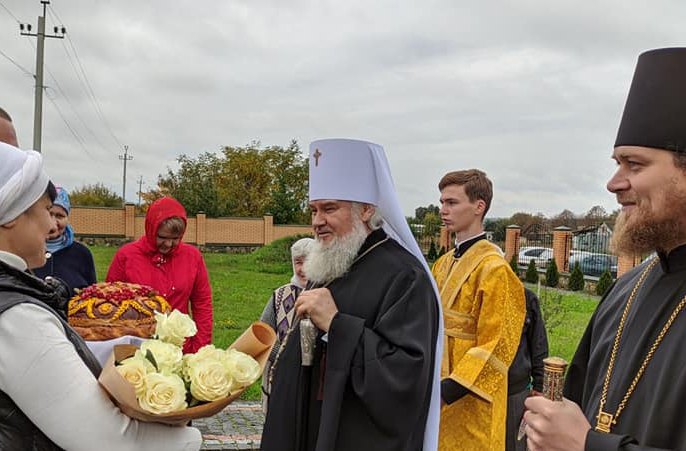 After the formation of the Orthodox Church of Ukraine in 2018, his cap literally popped off and he waged a "holy war".

With the blessing and a group of his priests, he went to no other than [Russian Orthodox Church leader Kirill] Gundyaev.

Therefore, the current "Russian world" does not surprise him at all.

Ioasaf complains about "health reasons" and gets simply transferred to Kyiv as a vicar(!).

The Synod does not react to the fact that the SBU accuses him of treason AT ALL.

Neither did it in fact react to Metropolitan Ionafan of Vinnytsya and Tulchyn (the same as head of the region, in secular terms) being served a notice of suspicion. 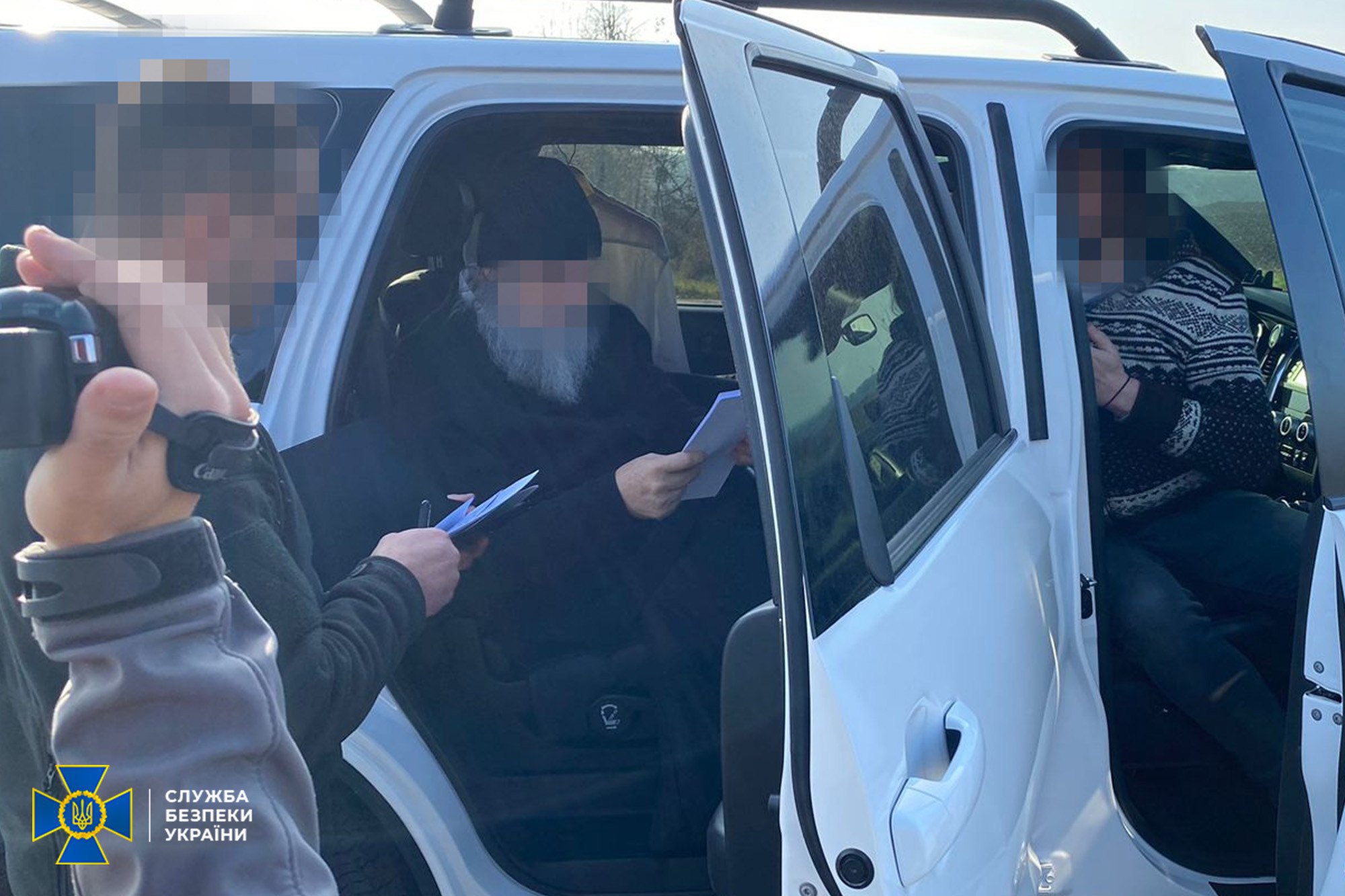 When a criminal case was opened against [Ukrainian-Russian businessman Vadym] Novinsky in 2016 (in connection with suspicion of an attempt on the life of late His Beatitude Volodymyr), the Synod convened a meeting to support him.

But not in this case…

Do you know what Ionafan did after the searches?

First of all, he denied everything (which is not surprising). Second, he gathered his subordinates and forced them to swear allegiance to him. Vinnytsya priests unanimously supported their leader.

Who is he, you may ask? Let me remind you briefly.

Ionafan is a colourful character.

He is very friendly with Gundyaev. Since the time when he taught at the Leningrad Theological Academy (second half of the 70s) during the latter's rectorate.

In 1988, he became the first vicar of the Lavra, from where he was dismissed with a scandal. The reason - a lot of valuable things from the Lavra disappeared somewhere. Especially ancient ones.

Ionafan was dismissed by Metropolitan Filaret (Denysenko) in 1991 (before the split into the Moscow and Kyiv patriarchates).

Ionafan was very offended and complained about Filaret to Moscow.

Then he apologized, saying that he had lied about him.

Ionafan was not very upset when he decided to "stay over" with the autocephalic church (he does not like to recall this).

When Filaret fell out with everyone (because he failed to chair the Russian Orthodox Church because he did not have enough votes) and created the Kyiv Patriarchate (which was never recognized by world Orthodoxy), he was so massively despised that Ionafan was forgiven, reinstated and sent to Sumy. 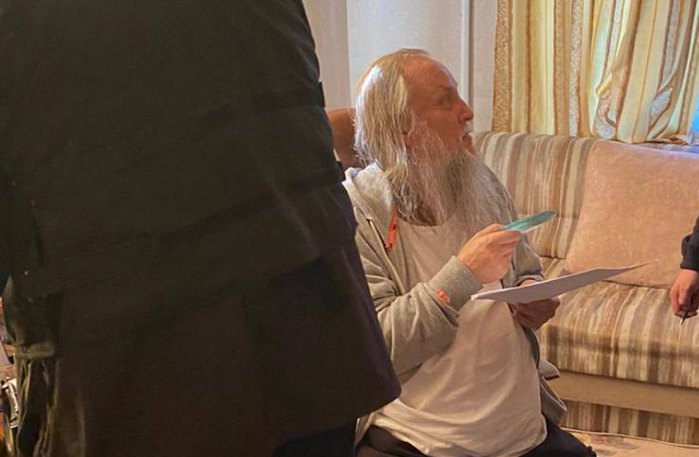 But he was also expelled from there. Also with a scandal. For the same reasons.

In 1997, he was personally involved in preparing the text of the anathema for Filaret (he hated him so much).

Of course, he is an ideological supporter of the "Russian world". Namely driven by ideology (not "sordid motives" as is the case with Pavlo-Mercedes). He holds a Russian passport.

A cherry on the cake in addition to all this is that Ionafan is known in church circles as a great admirer of the same sex.

No, not everyone is like that. Yes, sometimes it happens. But they try not to advertise it. Here he does not hide it.

Actually, you can ask his vicar (who, by the way, is the title holder to everything Ionafan owns).

What about the fugitive priests?

Yelysey is the one who publicly blessed the head of the pro-Russian "administration" in Izyum, Vitaliy Ganchev, and then fled with him to Belgorod. 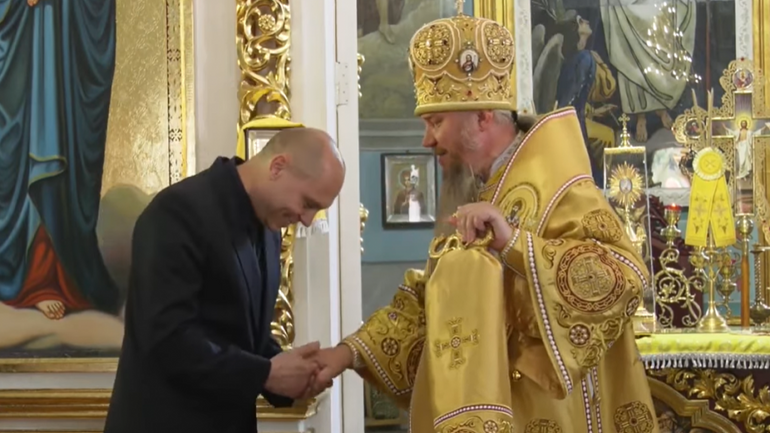 
Iosif collaborated with the Russians in Sumy Region and then fled somewhere to Sverdlovsk Region.

Pay attention, they were neither criticized nor defrocked. They were just sent to "retirement". It is strange that they were not given any awards.

What about those priests who were in the Kremlin?

The Kremlin hosted Luhansk Metropolitan and two priests from Kherson and Zaporizhzhya regions. The latter two had previously provided premises of their monasteries for sham "referendums".

They were not mentioned either.

Neither did they mention the Crimean diocese, which did not recognize the decision of the Council of 27 May, asked to be under the omophorion of Moscow and was successfully accepted there.

As if nothing happened.

No, it is not. The UOC would not be of the Moscow Patriarchate if it did not also publish an absolutely disgusting statement. It is too much even for them. 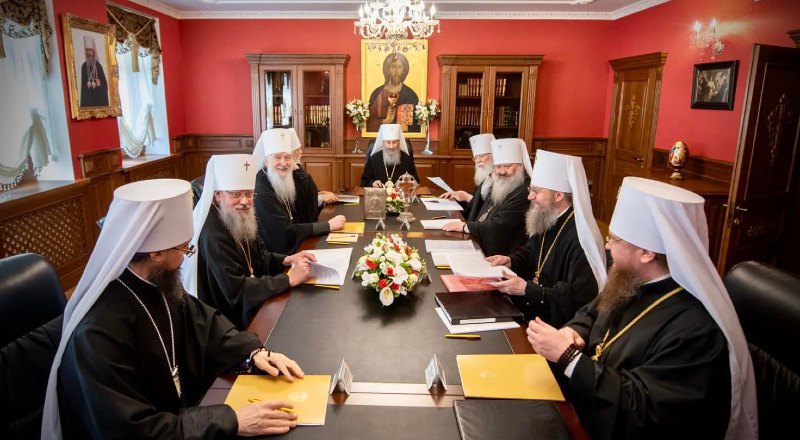 "Unfortunately, today some clergymen of the Ukrainian Orthodox Church are accused of collaboration. For our part, taking into account the various circumstances that have developed as a result of the military aggression of the Russian Federation against Ukraine, we declare that these made-up accusations are unproven and groundless."

"We are also concerned about the fact that recently some monasteries and clergymen of the Ukrainian Orthodox Church have been searched. Unfortunately, some have already faced serious charges. In this regard, we insist that law-enforcement actions be unbiased. The investigation should be impartial and not accompanied by unsubstantiated accusations."

And what can be done about it?

According to the Constitution, Ukraine is a secular state (that is, it does not interfere in church affairs). The Constitution is not changed during the war. To prohibit [the UOC-MP] by law is not the best idea (it is difficult to suspect me of sympathy for Moscow priests, but we must be objective). See the reasons here.

But the SBU should definitely step up its efforts. And Ukrainian courts too.

However, there is a risk. Which neither the Lavra nor Feofaniya seem to be aware of. Ukrainian society has already been brought to the edge by all this and the consequences can be very unpredictable.