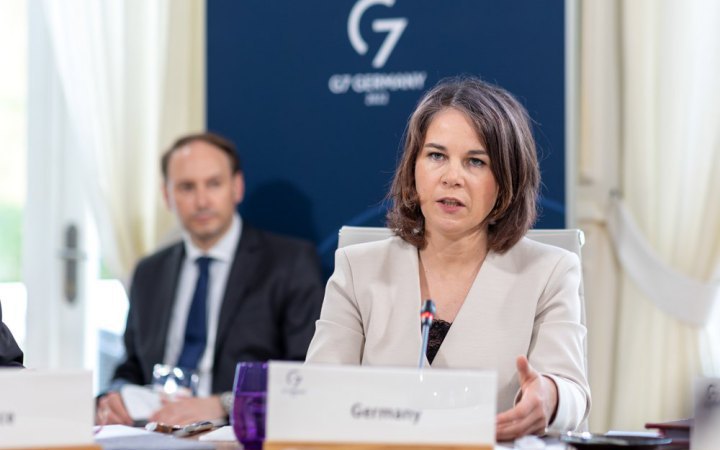 German Foreign Minister Annalena Baerbock in her Twitter message called Russia's attacks on Ukraine's civilian infrastructure an inhuman crime and initiated a meeting at the level of G7 foreign ministers to discuss how to support Ukraine in the face of constant missile attacks.

"Russia's attacks on civilian infrastructure are an intolerable, inhuman crime. Putin loves to plunge the people of Ukraine into cold and darkness with his missiles. He will never break your desire for freedom and our support," Baerbock said.

The German Foreign Minister added that next week Germany, as the state holding the presidency in the G7, would invite other partners at the level of foreign ministers to the meeting. The issue of further support of energy supply to Ukraine will be discussed.