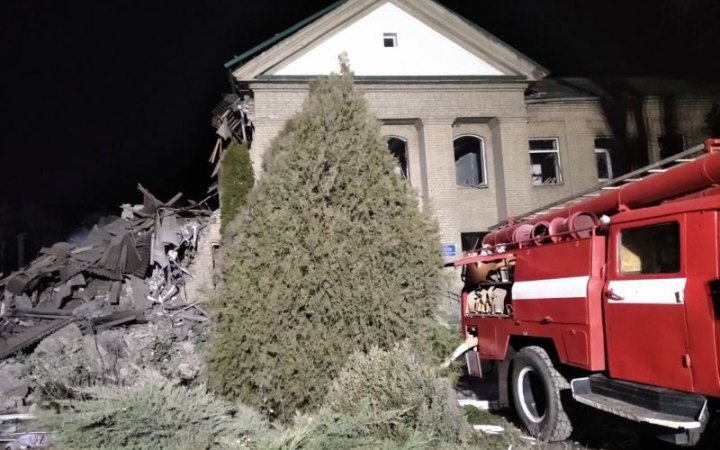 The 273rd day of the Russian large-scale invasion has begun. Over the past day, the units of the Defence Forces repelled the attacks of the occupiers near the settlements of Bilohorivka in Luhansk Region and Spirne, Berestove, Bakhmut, Kurdyumivka, Pivnichne, Novobakhmutivka, Krasnohorivka, Pervomayske, Nevelske and Maryinka in Donetsk Region, according to the morning report of the General Staff of the Armed Forces of Ukraine.

Over the past day, the enemy launched 5 rocket attacks on populated areas of Kharkiv and Donetsk regions, carried out about 45 attacks from multiple rocket launchers on the positions of our troops, as well as towns and villages.

In the Siversk region, in the border areas of Bryansk and Kursk regions, the enemy continues to conduct demonstrative and provocative actions. Fired rocket and barrel artillery in the areas of the settlements of Semenivka in Chernihiv Region and Novovasylivka, Kustyne, Druzhba, Vilna Sloboda and Shalygine in Sumy Region.

In the Slobozhansk area, in the border areas of the Belgorod region, the enemy is holding a group of troops to carry out demonstration actions. The positions of our troops are periodically shelled with mortars and barrel artillery. The areas of the settlements of Strilech, Hlyboke, Krasne, Izbytske and Ohirtseve of Kharkiv Region were shelled. Russians attempted to infiltrate a subversive reconnaissance group near the Starytsya settlement. The subversive reconnaissance groups were neutralized by the fire of our units. The enemy left.

In the Kupyansk and Lyman areas, the occupiers are conducting defence, carrying out shelling from tanks and artillery, in particular in the vicinity of the settlements of Kislivka, Tabayivka, Krokhmalne, Berestove and Vyshneve in Kharkiv Region and Novoselivske, Stelmakhivka, Makiyivka, Ploshanka, Yampolivka and Bilohorivka in Luhansk Region.

In the Bakhmut and Avdiyivka areas, the enemy is concentrating its main efforts on conducting offensive operations. The areas of the settlements of Spirne, Vyimka, Berestove, Soledar, Bakhmutske, Bakhmut, Opytne, Andriyivka, Zelenopillya, Kurdyumivka, Yakovlivka, Klishchiyivka, Avdiyivka, Vodyane, Pervomayske, Nevelske and Maryinka were shelled from tanks and the entire spectrum of artillery.

The enemy is on the defensive in the Novopavlivsk and Zaporizhzhya areas. Shelling of the positions of the Defence Forces and the areas of the settlements of Vuhledar, Prechystivka, Shakhtarske, Velyka Novosilka, Vremivka, Novopil in Donetsk Region and Zeleny Hay, Dorozhnyanka, Temyrivka, Poltavka, Chervone and Orihiv in Zaporizhzhya Region was recorded.

In the Kryvyy Rih and Kherson areas, the enemy is conducting positional defence, improving the fortification equipment of the positions, and does not stop the artillery shelling of the positions of our troops and settlements on the right bank of the Dnipro River. Used barrel and rocket artillery for shelling the settlements of Maryivka, Dnipropetrovsk Region; Dudchany, Kachkarivka, Novotyahynka, Tokarivka, Ponyativka, Antonivka and Dniprovske of Kherson Region and the city of Kherson.

Additional equipment is being observed by the enemy of defensive lines along the section of the Kakhovka - Melitopol highway in Kherson and Zaporizhzhya regions.

In the city of Sevastopol, on the basis of one of the educational institutions, the training of operators of unmanned aerial vehicles of both Russian and Iranian production continues. The term of training of these specialists is up to three weeks. Currently, about 30 servicemen are being trained.

The occupying forces continue to suffer losses. So, in the village Kalanchak in Kherson Region, the local hospital does not have enough beds to accommodate the wounded invaders. About 40 wounded occupiers were brought to the settlement of Velyki Kopani during the previous day.

According to detailed information, on 21 November of this year, in Zaporizhzhya Region, the destruction of the enemy S-300 anti-aircraft missile complex and 5 units of military equipment of various types in the area of the settlement of Polohy was confirmed. In addition, 40 servicemen were injured. A checkpoint of the occupiers was destroyed near Vesele, Zaporizhzhya Region, and 15 servicemen were wounded of various degrees of severity. In Melitopol, the enemy lost up to 30 people wounded.

During the past day, Ukrainian aviation made 3 strikes on the occupiers' areas of personnel, weapons and military equipment concentration, while soldiers of missile forces and artillery hit the enemy's control post.