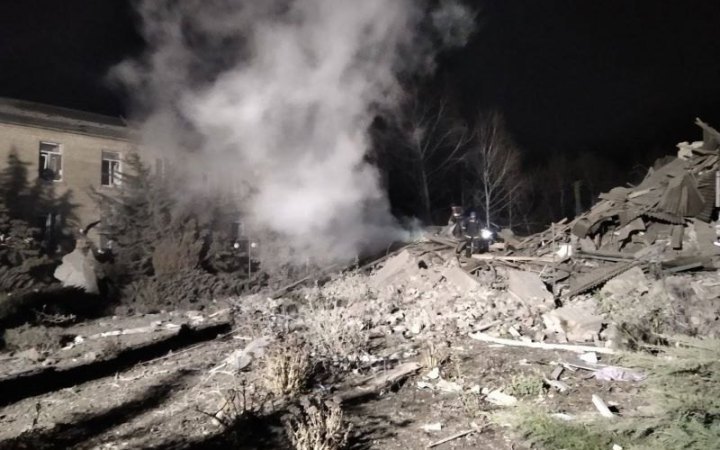 Starukh said that a newborn baby had been killed.

Rescuers are working at the scene.