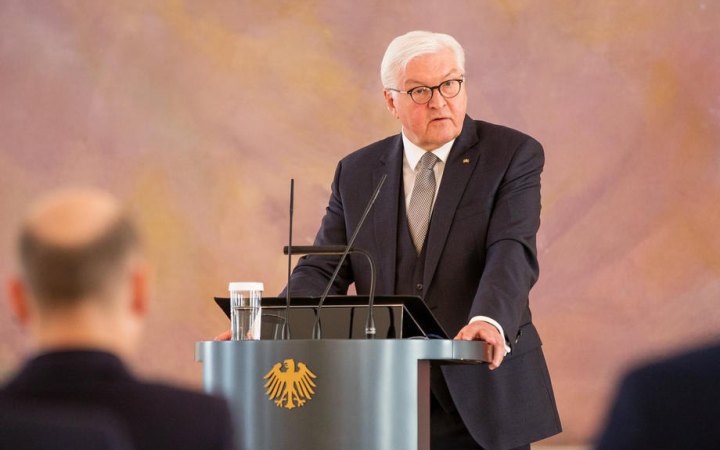 A truce between Ukraine and Russia is currently impossible because it implies that Russia will keep all the occupied territories, German President Frank-Walter Steinmeier said in an interview with Deutsche Welle, RBC-Ukraine reports.

"All recommendations to conclude a truce now are, of course, irrational, because a truce at this stage would justife the wrong that has already happened. A truce now would mean that Russia would keep the occupied territory. This means that violated borders, disregard for international law and land grabs - that all this will be allowed," he said.

Besides, the German President condemned the massive hostile attacks on the civilian population of Ukraine and the objects of energy and gas infrastructure.

He noted that such attacks are part of the Russian military strategy.

"We see not just a brutal war of aggression being waged militarily against the Ukrainian army. But we see - and this is becoming more visible as we approach winter - a brutal attack on critical infrastructure and, of course, on civilians," Steinmeier said.

He also stressed that nuclear weapons cannot be used in war.