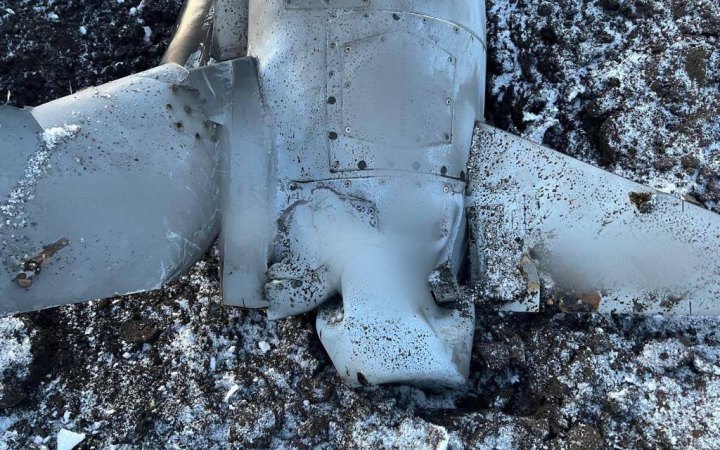 The Ukrainian Defence Ministry has reacted to Belarus's allegations about an alleged Ukrainian missile falling in its territory.

According to the ministry's website, on 29 December, the Belarusian side issued a protest in connection with the violation of its airspace by an S-300 anti-aircraft missile.

The Ukrainian Defence Ministry said that Russia had attacked Ukraine with cruise missiles of the such types as Kh-101 / Kh-555, Kalibr, Kh-22 and Kh-32, anti-radar missiles Kh-31P, as well as Shahed-131/136 drones.

"In total, more than 11 drones and 69 cruise missiles launched from Tu-95MS strategic bombers, Tu-22M3 aircraft and ships of the Russian Black Sea Fleet were used. In addition, S-300 anti-aircraft guided missiles were fired on Ukrainian cities in the frontline zone," the ministry said.

It noted that the strikes caused destruction and stressed that Ukraine continues to resist Russian aggression and exercises "its unconditional right to self-defence under Article 51 of the UN Charter".

"With regard to the allegations of the Belarusian side, the Ukrainian side is aware of the Kremlin's desperate and persistent efforts to drag Belarus into its aggressive war against Ukraine. In this regard, the Ukrainian side does not rule out a deliberate provocation by the terrorist state of Russia, which has laid such a route for its cruise missiles to provoke their interception in the airspace over the territory of Belarus," the Defence Ministry said.

It noted that Ukraine reserves the right to defend and protect its own sky. Also, it is ready to conduct an objective investigation into the incident.

"Ukraine is ready to invite reputable experts from states that are not associated with the support of the terrorist state of Russia in any form to participate in such an investigation," the Defence Ministry said.

Earlier on 29 December, the Belarusian authorities said that a Ukrainian air defence missile allegedly fell on Belarusian territory during a massive Russian attack on Ukraine.