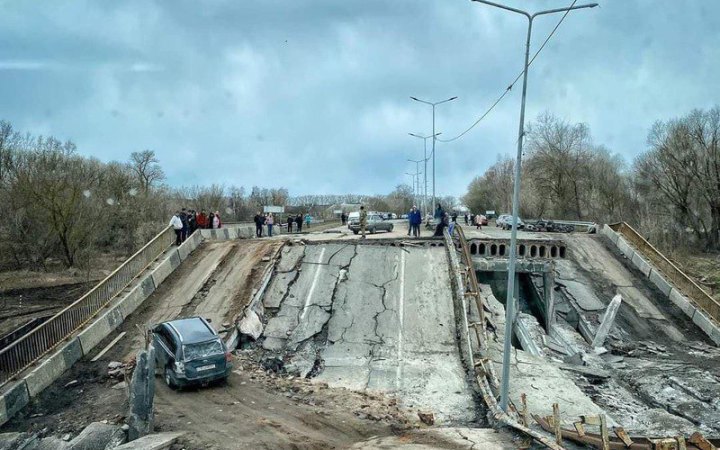 "Since July, we have received 6 such structures, 4 of them have already been installed on state roads in Kyiv, Cherkasy and Kharkiv regions. We plan to install 2 more bridges in Kherson Region. Next year we expect 12 more similar bridges from our friend Czech Republic", - said Deputy Head of the State Road Agency Andriy Ivko.

He added that the French company Matière also handed over to Ukravtodor three bridges 68, 34 and 23 meters long, which are being installed on the state roads of Chernihiv Region. In one location, the metal structure of the bridge is currently being assembled. In two others - preparatory works are underway.

As of mid-December, near Kherson, road builders arranged detours of the destroyed bridge on the M-14 highway, traffic on the left detour of the bridge has already been opened. For convenience, the temporary road was asphalted.

Earlier it was reported that as of the end of summer, Ukravtodor restored the passage through 50 bridges destroyed as a result of the armed aggression of the Russian Federation.