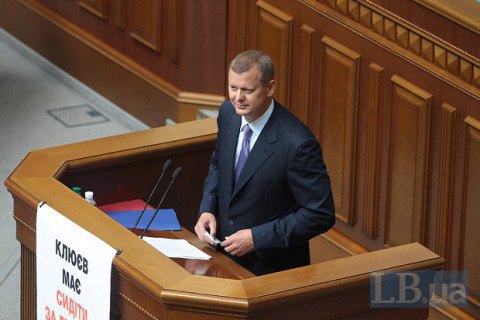 On 28 January, the Ukrainian parliament upheld a motion filed by the Prosecutor-General's Office to charge, detain and arrest MP Serhiy Klyuyev, with 231, 228 and 228 MPs' votes respectively.

Deputy Prosecutor-General Yuriy Sevruk, who presented the motion, said that the fugitive MP is suspected of involvement in the misappropriation of the Mezhyhirya residence by ex-President Viktor Yanukovych.

The Prosecutor-General's Office added the Mezhyriya episode to Klyuyev's case in June 2015. He is suspected of giving Yanukovych an improper advantage by letting him use the houses and facilities in the Mezhyriya valley free of charge. In exchange, Yanukovych is believed to have helped the Klyuyev brothers in getting posts and doing business with budget funds.

Previously, he was only suspected of misappropriation through large-scale fraud. In the summer 2015, parliament stripped him of immunity, however he quickly fled.