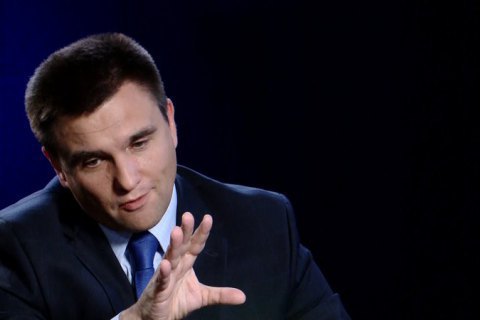 Russia interprets the Budapest Memorandum, providing security assurances by its signatories relating to Ukraine's accession to the Treaty on the Non-Proliferation of Nuclear Weapons, as selectively as it does with regard to the Minsk agreements, Ukrainian Foreign Minister Pavlo Klimkin has said.

In his comment for Interfax-Ukraine, Klimkin suggested that Lavrov might want to read the document once again to see that there are other clauses apart from Nos 4,5 which mention nuclear weapons.

"Indeed, Russia has not officially threatened Ukraine with nuclear weapons. At least, not yet. Although a threat of placing such arms in occupied Crimea is a serious challenge to international peace and security," Klimkin said.

However, Russia has violated all other clauses of the memorandum, the Ukrainian foreign minister insists.

What is more, Russia has been consistently violating Clause 3 of the Memorandum over the past several years by exerting economic pressure on Ukraine "to subdue the enforcement of Ukraine's rights attributable to its sovereignty to its own benefit".

In Klimkin's opinion, Lavrov's statement is yet another reason to call up a meeting of the signatories to the Budapest Memorandum.