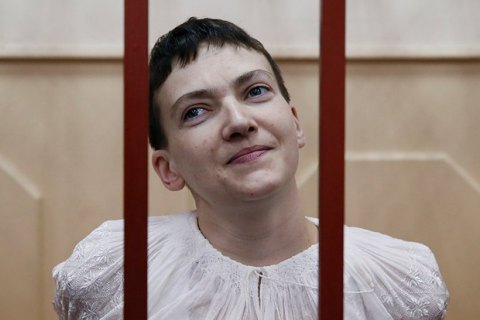 The Ukrainian Foreign Ministry on 27 January summoned the consul of the Russian embassy in Ukraine to hand him a note of protest over the systemic violations by the Russian judiciary of Nadiya Savchenko's legitimate right to adequate defence.

The Foreign Ministry's press service has said that Ukraine demanded that Russia ensure proper and professional medical assistance for Nadiya Savchenko due to her deteriorating health as a result of her hunger strike in protest against her unlawful detention in Russia.

The Russian consul was told that it was unacceptable that the Russian judiciary had been grossly violating Nadiya Savchenko's legitimate right to present in court the unbeatable evidence of her innocence, including that provided by competent Ukrainian bodies.

The Russian side was demanded to stop abusing Nadiya Savchenko and other illegally detained Ukrainian citizens who are political prisoners of Russia, to urgently release them and send back to Ukraine.