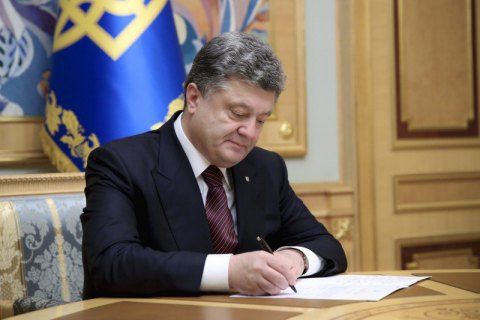 President Petro Poroshenko has signed the bill adopted by parliament on 28 January into law allowing a delay in the adoption of amendments to the constitution with regard to decentralization, the presidential press service has said.

MPs, including those from the Opposition Bloc, changed the procedures to allow constitutional reform to be completed at the next session.

According to the previous wording of the procedures, if amendments were not adopted as a whole at the session which followed the session at which they were adopted at first reading, the bill would be considered not adopted.

According to one of the provisions of the Minsk agreements on a Donbas settlement, Ukraine had to carry out constitutional reform by enacting the amended constitution by the end of 2015. A key element of this reform is decentralization. Ukraine also had to provide a legal framework for a special status for the self-proclaimed Donetsk and Luhansk people's republics.