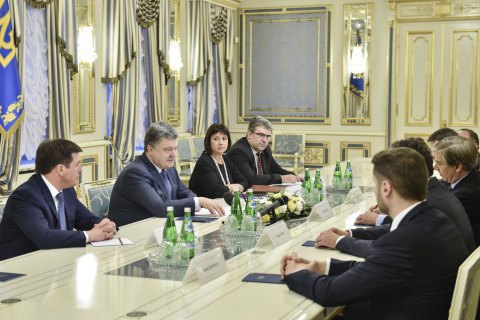 President Petro Poroshenko has said that an early parliamentary election is not on the agenda for now, according to his official website.

He said that the coalition should determine candidates for the ministerial posts, define a programme and schedule of reforms and clarify the position of factions within the coalition.

"The only thing I would like to emphasize is that I cannot and will not allow an early parliamentary election to take place for now. Despite their declarations, certain political leaders are trying to incite early elections. We have neither time nor necessity for that. We will not have a better parliament and must learn to work with this one," Poroshenko said.