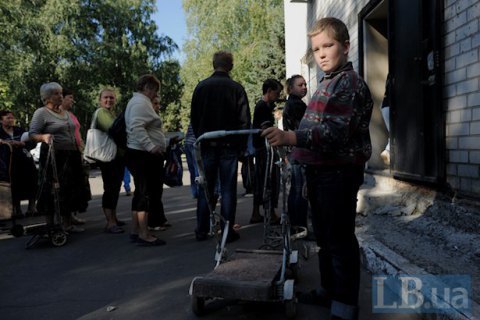 The two-year long conflict in eastern Ukraine has left around 1.5 million people hungry, including almost 300,000 people who are severely food insecure and in need of immediate food assistance, the UN News Centre has quoted the World Food Programme (WFP) as saying.

According to him, WFP aims to reach nearly 270,000 of the most vulnerable people with monthly food assistance over the first half of this year.

"As the conflict continues, we need to reach these people urgently. We appeal to all parties of the conflict to facilitate full and unimpeded humanitarian access to people in need across the country," Stopponi continued.

Earlier, the United Nations has asked donors for almost 300m dollars to finance the 2016 humanitarian response plan for Donbas.