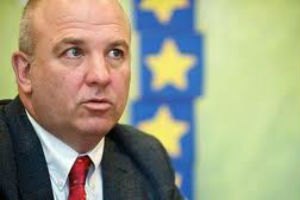 Commissioner for Human Rights of the Council of Europe Nils Muižnieks is convinced that the Ukrainian government should try to minimize the isolation of Donbas.

He has stated this as a result of his latest visit to Ukraine for the last two year, Deutsche Welle reports.

According to Muižnieks, since July of the last year, during his last visit to Donetsk, the life in the city has become calmer but along with this the feeling of isolation has considerably strengthened.

The European Commissioner explains this by the fact that most humanitarian and international organizations have lost an opportunity to work in the territories which are under control of the so-called DNR (Donetsk People’s Republic) and LNR (Luhansk People’s Republic). If already last summer, there were both Ukrainian hryvnyas and Russian rubles in Donbas, then today, 90 per cent of the money turnover belongs to the ruble.

Muižnieks is convinced that the Ukrainian government should minimize the isolation of Donbas.

"I know that it is difficult and not everything is in Ukraine’s hands, but it is necessary to keep in touch with people of this region, trying to hold their hearts and thoughts, as this will correspond to the interests of the future generation of Ukrainians," Muižnieks said.

He also expressed his concern as to the information on suspension of pension payments in the territories which are not controlled by Ukraine.

"As far as I have understood, it was done to reveal cases of fraud with receiving pensions by IDPs (internally displaced peoples), who are not such ones in fact, but a lot of innocent pensioners are suffering because of it," he added.

At the same time, Muižnieks noted the improvement of the situation at the checkpoints, especially of the Ukrainian side with comfortable conditions created for people crossing the border line.

As reported before, according to the SBU (Security Service of Ukraine) data, over 60 per cent out of 1,3m IDPs are permanently living, in fact, in the occupied territories of Donbas and are not to receive pensions and social payments.

On 3 March, the Pension Fund of Donetsk region started the check of IDPs receiving pensions. The payments have been suspended during the inspection.