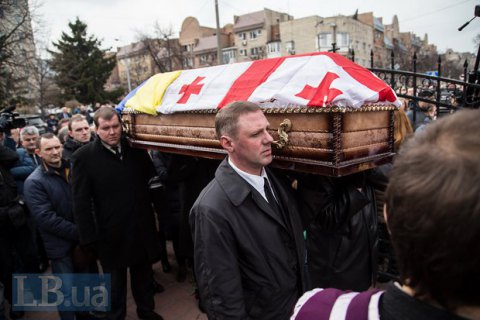 Investigative journalist Heorhiy Gongadze was laid to rest in Kiev on 22 March. His body has been kept in a Kiev morgue after he was murdered in September 2000.

He was buried on the territory of the Mykola Naberezhnyy church run by the Ukrainian Autocephalous Orthodox Church. The service was attended by his family and friends, politicians and public activists.

Gongadze was kidnapped in central Kiev on 16 September 2000. Several weeks later, his body was found in a forest in Kiev Region.

According to the case files, the order to kill him was issued by Interior Minister Yuriy Kravchenko. Police Gen Oleksiy Pukach executed the order to move up the career ladder. Pukach was sentenced for life on 29 January 2013 and lost an appeal in January 2016.