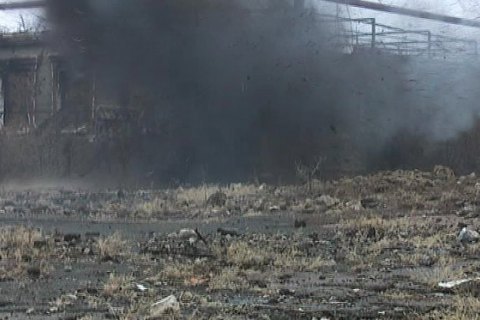 "Today the militants launched eight aimed shooting attacks with 82-mm and 120-mm on residential buildings of this population centre. Houses and infrastructure facilities were damaged, civilians were wounded," the HQ said in a statement.

Ukraine reported the incident to the Joint Centre for Control and Coordination of cease-fire and stabilization along the line of contact.

In a later update, the HQ said that civilians were not hurt but one serviceman was wounded.

In the morning, militants fired with a tank on civilian facilities in Avdiyivka, Donetsk Region.