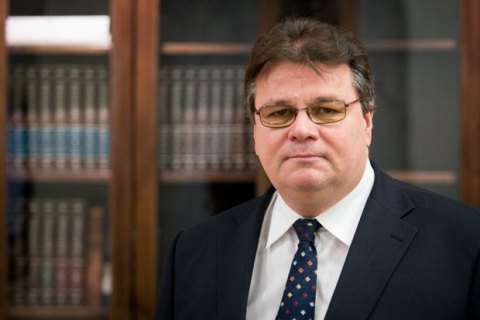 Lithuanian Foreign Minister Linas Linkevičius has visited the antiterrorist operation (ATO) area as part of his visit to Ukraine on 16 March.

He had a meeting with students in Mariupol.

"Lithuania allocated 40 scholarships for Ukrainian students to study in LT," he tweeted.

He also visited Shyrokyne where he met Ukrainian soldiers.

As reported earlier, President Petro Poroshenko and Lithuanian Foreign Minister Linas Linkevičius discussed further steps on the regulation of the situation in Donbas, Ukraine’s cooperation with the EU and the so-called "Savchenko list" of sanctions on Russia.