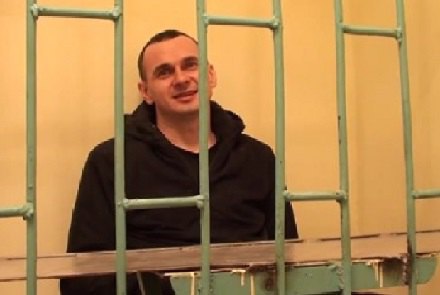 The defence of the Ukrainian director, Oleh Sentsov, who was sentenced in Russia to 20 years in a penal colony, has filed a cassation appeal against the sentence, lawyer Dmytriy Dinze says, Interfax reports.

"The Supreme Court of the Russian Federation has received a cassation appeal against the sentence of Sentsov and Oleksandr Kolchenko," Dinze said.

According to him, the appeal is filed through the commissioner for human rights in the Russian Federation.

"In the Commissioner’s apparatus, I’ve received the confirmation of filing our joint appeal," the defender added.

As reported before, in Russia Sentsov was sentenced to 20 years of imprisonment and Kolchenko received 10 years. According to the indictment, in April 2014, Sentsov established a "terrorist community" in Crimea, which received directions from the unknown people in Kiev. The purpose of the community was to "destabilize the situation" in Crimea and "influence the authorities": "Crimean terrorists" allegedly tried to make Russia refuse the decision on admitting the peninsula as part of the Russian Federation.