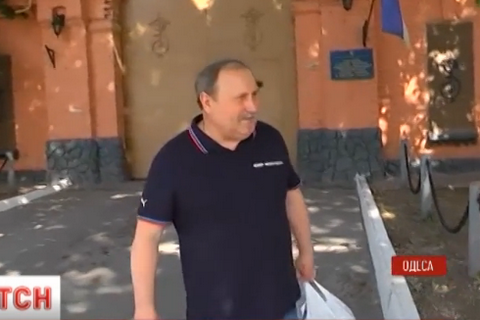 A deputy head of the Mykolayiv regional state administration, Mykola Romanchuk, who was caught accepting a hefty bribe, has been released from custody after he paid a bail of 5.5m hryvnyas (0.221m dollars), according to the TSN news studio of One Plus One TV.

On 8 June, a district court in Odesa put Romanchuk in custody for two months and granted him bail of 5.512m hryvnyas.

Romanchuk and three more officials were detained on 3 June for accepting a bribe of 90,000 dollars from entrepreneurs seeking to extract limestone in Mykolayiv region. A treasury tunnel was found underneath Romanchuk's house.