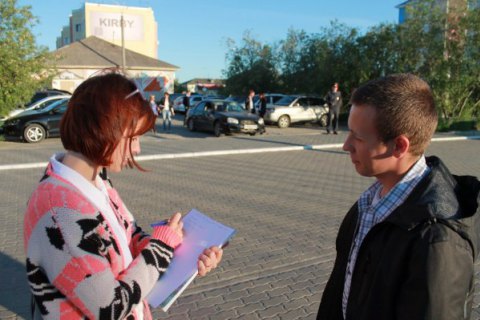 A study by the Kiev International Institute of Sociology has found that 43 per cent of respondents dislike Russia, according to Ukrainian News.

The respondents were asked about their overall attitude towards Russia.

There were 42 per cent who described their attitude as very good or mostly good while 43 per cent said it was very bad or mostly bad. Some 15 per cent failed to answer this question.

There are 44 per cent who believe that Ukraine should have the same relations with Russia as with any other state (closed border, visa and customs control). The same number believes Ukraine and Russia should be independent but friendly states (open border, no visa or customs control).

There are 3 per cent who want Ukraine and Russia to be one state while 9 per cent have no clear opinion on the matter.

The survey on 19-31 May covered 2,014 respondents aged 18 and above in 108 settlement centres in all regions, except annexed Crimea and separatist-held areas in Donbas. The margin of error does not exceed 3.3 per cent.