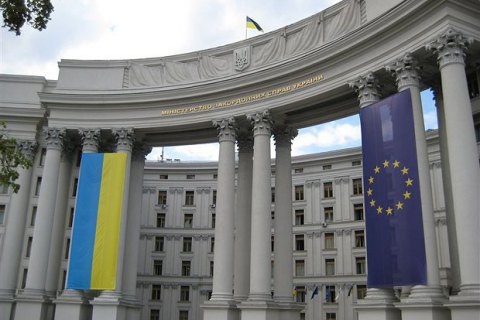 The selection commission for top-level public service has picked Andriy Zayets as state secretary of the Ukrainian Foreign Ministry.

The decision to this effect was made on 6 December.

Currently, Zayets is the director of the Middle East and Africa department of the Foreign Ministry.

Zayets was born on 27 October 1971. He graduated from the State University in Uzhhorod in 1993. He has a long record on diplomatic service as assistant secretary, head of the analysis and planning department of the consular service, and deputy director of the secretariat department. In 2013-2014, he was an ambassador-at-large of the Foreign Ministry.

A standby candidate for the post of the Foreign Ministry's state secretary is Vadym Tryukhan, currently unemployed.