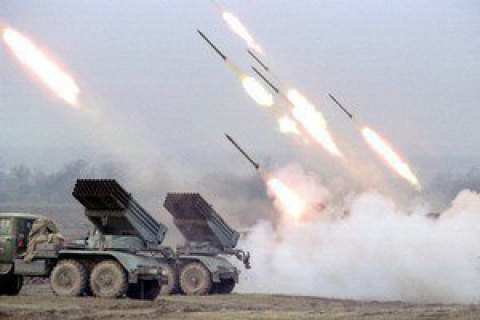 Pro-Russian militants have pounded the antiterrorist opertion (ATO) positions in the area of Avdiyivka using multiple rocket launchers BM-21 Grad, the press centre of the ATO HQ has reported on Facebook.

"On 12 March, the Russia-backed separatists once again blatantly violated the Minsk accords. At about 19:00, the occupants began shelling the positions of the Ukrainian military in the vicinity of Avdiyivka with BM-21 Grad multiple rocket launchers. By 21:15 they released more than 10 missiles in the direction of the positions of units of the Armed Forces of Ukraine," the report reads.

Earlier, repair crews were unable to start repair works on the power lines in Avdiyivka in the absence of security guarantees.