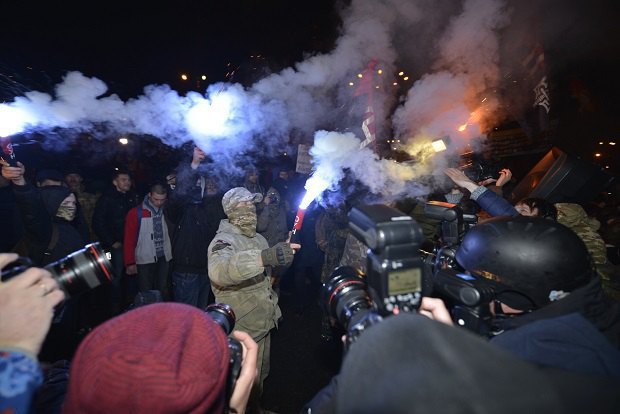 According to an LB.ua correspondent, around 200 people approached the office in Desyatynna Street, threw several dozen stones, firecrackers and fireworks at the shuttered windows and turned back to Independence Square.

The building sustained no particular damage.

Kokhanivskyy's supporters seem to have a special interest in the SCM office, attacking it year on year, including in 2015 and 2016.

Upon returning to Independence Square, they started to throw stones at the windows of Alfa Bank.

On 14 March, Ukraine marks Day of Volunteer. This day in 2014 the first volunteers left for a boot camp of the National Guard from Independence Square.