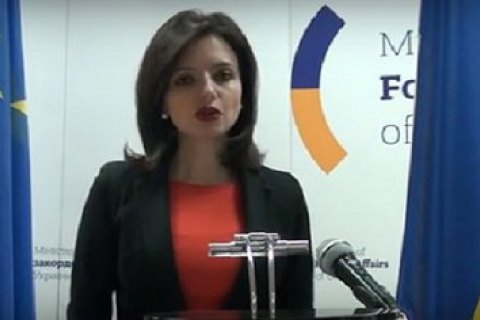 The Foreign Ministry denied media reports about the alleged summoning of the Ukrainian ambassador to the Vatican for explanations regarding bills concerning the Ukrainian Orthodox Church (Moscow Patriarchate).

Betsa stressed that Ukraine's envoy to the Vatican was not summoned. "Last week, a number of working meetings were held in the Vatican State Secretariat, where various issues were discussed, both foreign and internal, including the bills," she said.

The spokeswoman also stressed that there was no criticism of the draft laws. "Rather, it was just an exchange of views."

Earlier, some media circulated a statement by archpriest of the UOC-MP Nikolay Danilevych that the Ukrainian ambassador to the Vatican, Tetyana Izhevska, was allegedly summoned for explanations because of concerns about possible adoption of draft laws 4511 and 4128 regulating state church relations in the country.

On Thursday, the parliament was to consider a bill on the special status of religious organizations whose governing centers are in the state recognized by the aggressor, and a bill about the possibility resubordination of religious communities.

However, some lawmakers said that those bills were unprepared and taken off the Thursday agenda.