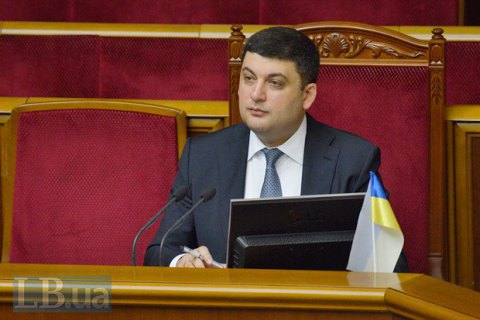 In this situation, the Pension Fund will be unable to pay even current-size pensions.

Meanwhile, the parliament's adoption of the government's draft reform will allow reining in the deficit at about 145bn hryvnia, Groysman added, and expect the Pension Fund revenues to start growing in 2019.

Previously, the prime minister predicted a non-deficit Pension Fund by 2024.

On May 17, the Cabinet of Ministers approved draft legislation on pension reform. The draft reform provides that in 2018 the minimum insurance period for retirement by age will be raised to 25 years, and will be annually increased by one year and to reach 35 years by 2028.

It is planned to introduce a single approach for calculating pensions for pensioners using the average salary at UAH 3,764.4 (currently, depending on the year of the pension, from UAH 1,197.91 to UAH 3,764.4).