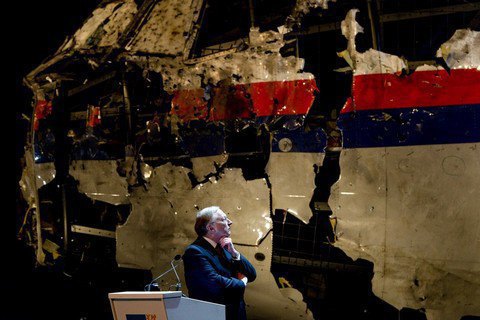 On the night of 17 July, 2014, before the crash of the MH17 flight, Russia closed the airspace on the border with Ukraine in the zone of responsibility of the Rostov zonal center of the unified air traffic management system, Russian Forbes wrote with reference to the final report on the results of the technical investigation of the Netherlands Security Council (DSB), published in October 2015.

The restriction was imposed 17 hours and 20 minutes before the Buk anti-aircraft missile system downed a Malaysian Boeing, killing 298 people.

The Russian side imposed restrictions on civil aviation flights at an altitude of less than 16,150 meters, which is comparable to the maximum height firing range of the Buk anti-aircraft missile system (about 18 km).

Forbes' Vadim Lukashevich notes that the hostilities in the east of Ukraine have lasted for several months by then, but Russia never seem to worry before mid-July 2014. As soon as Russia prepared itself, some Buk downed a passenger liner – do you believe in such amazing coincidences?!" the journalist writes.

In the course of the investigation, DSB kept asking the Russian side about the reasons for introducing such restrictions on civil aviation flights. Rosaviatsia, the industry regulator, responded that the move was aimed to "coordinate restrictive measures with the adjacent airspace of Ukraine."

In actual fact, Forbes writes, no agreement was reached. On 14 July, Ukraine closed the airspace above the ATO zone to the height of 9,454 m, above which it was possible to fly, and Russia imposed restrictions to a much higher altitude of 16,150 m. When asked by DSB experts about why Russia imposed a ban higher than the Ukrainian one, the Russian side kept silence.

In addition, although on 17 July, 2014, the route of the MN17 flight ran across the zone of responsibility of the Rostov zonal center, to which the restriction entered on the eve of midnight was addressed. "Therefore, the Rostov dispatcher knew that the Malaysian Boeing 777, […] would invade the zone of Russian airspace banned for civil aviation flights, and was silent," Lukashevich observes.

He reminds that the Rostov dispatcher strangely remained silent in more than one and a half hundreds of previous flights, leading over a hundred civil aircrafts through his zone of responsibility from midnight July 17 until Ukraine closed airspace over the ATO zone.

Previously it was announced that the perpetrators of the downing of the MN17 flight in Donbas can be tried in absentia.