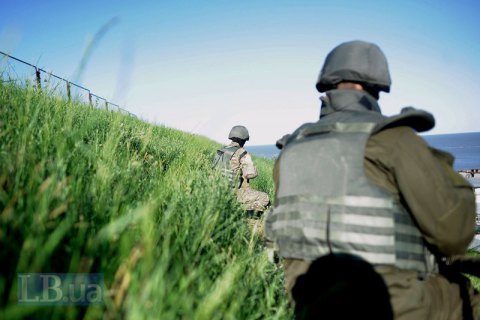 Over the past day, the militants violated the ceasefire regime 16 times in the area of the anti-terrorist operation in Donbas. In response, ATO forces four times returned fire, the press center of ATO said in a Facebook release on Monday, 17 July.

On Sunday afternoon terrorists did not shell Ukrainian positions, but resumed provocations after 18:00.

In the Mariupol sector, the ATO support points in Vodyane and Shyrokyne have been shelled from grenade launchers. Starting 20:40 and almost for two hours, the terrorists fired 120- and 82-mm mortars, armored personnel carriers, grenade launchers and heavy machine guns at the ATO forces stationed near the village of Hnutove. At about the same time, terrorists pounded Talakivka. As a result of this shelling, a Ukrainian military officer received a shrapnel wound. At the end of the day the militants fired thirteen 82-mm mortar projectiles at Krasnohorivka.

On the night of July 16, militants shelled Zolote settlement in Luhansk Region, using weapons prohibited under the Minsk accords.