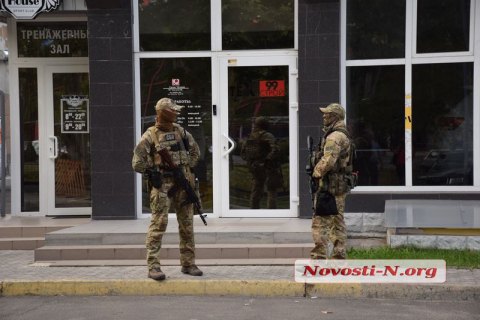 Law enforcers are holding massive searches in the homes and offices of Mykolayiv city councillors and local entrepreneurs, the local news website Novosti-N reported on Tuesday.

In total, about 90 searches are being conducted simultaneously in Mykolayiv. The operation was authorised by Prosecutor-General Yuriy Lutsenko, the website said.

The searches are carried out by the Military Prosecutor's Office and the central office of the Security Service of Ukraine (SBU). The search warrants were issued by Mariupol's Zhovtnevyy district court on the request of an investigator of the Mykolayiv regional prosecutor's office.

Later in the day, News-N published a photocopy of the search warrant for Titov.

All defendants are suspected of participating in an organized criminal gang believed to be headed by Titov. The gang is suspected of trafficking in drugs and weapons from the antiterrorist operation (ATO) area, budget embezzlement, fraud and extortion.

The search warrant mentions a hostile takeover of the local marketplace Torg Service from a local entrepreneur named Mazur in May 2016.