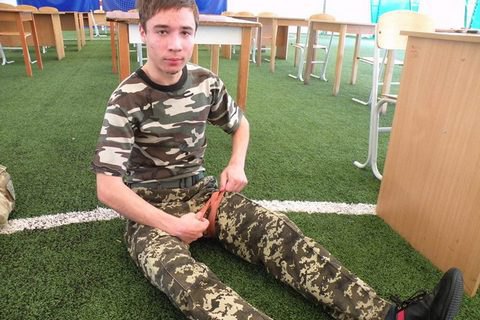 Ukrainian law enforcers have started a probe into what the investigation believes may be a premeditated murder, the prosecutor's office in Chernihiv Region said in a statement on Tuesday.

The investigation said it would ask the Belarusian authorities for international legal assistance "with the aim of confirming or denying the fact and the grounds for the detention and search of a citizen of Ukraine and his actual whereabouts."

Earlier, Ukrainian media reported that the son of a former border guard and now military chaplain, Ihor Hryb, Pavlo went to Belarus's Homyel to meet with the girl he met online on 24 August and went missing.

Pavlo's father went to Belarus in search of his son and learned that Russia's Federal Security Service (FSB) may have apprehended Pavlo on terrorism charges. Belarusian border guards told him that they were unaware of Pavlo's whereabouts. Ukraine's consul in Minsk said that Pavlo Hryb was not listed among detainees in Belarusian pretrial detention facilities.

Meanwhile, the TSN news service of the Ukrainian One Plus One TV channel contacted the girl whom Pavlo Hryb was to meet in Homyel. She turned out to be a 17-year-old resident of the city of Sochi, Russia. In a telephone conversation, she admitted that she had actually invited Pavlo to Belarus. She said, however, that she was forced to do so by the FSB, which is probing her for terrorism.

Pavlo Hryb did not take part in the antiterrorist operation in Donbas and has a disability. His father believes that his son was kidnapped because of his patriotic views.