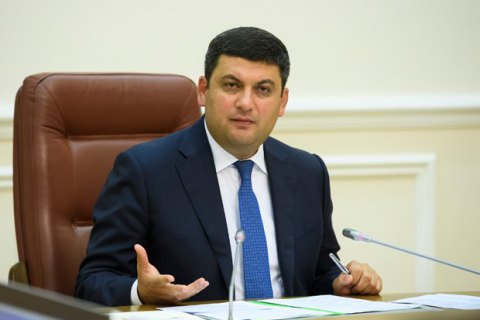 Prime Minister Volodymyr Groysman has instructed his government to probe into the reasons for the recent increase in the price of liquefied gas in Ukraine and take measures to reduce the retail price of fuel and support competition in the market.

In a statement, the head of government said the sharp price increase "has all the signs of collusion."

"The market is feverish. This is sabotage against Ukraine. We must protect domestic consumers," Groysman told a cabinet meeting on Tuesday, as quoted by the government website.

According to the Fiscal Service, over eight months of this year Ukraine has increased LNG imports by 70,000 tonnes compared with the same period last year to over 600,000 tonnes. At the same time, despite the rapid growth of the market, storage facilities are in deficit.

The number of traders supplying liquefied gas from Russia, the largest LNG exporter to Ukraine, has dwindled significantly over the past year, which led to a sharp increase in the price of automobile gas during the peak season.

"The prime task is to stabilize the situation within a few weeks and get another price picture on LNG by mid-September. I want Energy Minister Ihor Nasalyk to convene an interdepartmental fuel commission and work out all the decisions on this matter. Deputy Prime Minister Volodymyr Kistion will need to ensure that all procedures, including reloading and transport of fuel, are completed as fast as possible. Fiscal services and police must take a closer look at all market players, especially those who do not seem to be bona fide traders," said Groysman.

He said Ukraine's deputy prime ministers must meet shortly to discuss the situation.