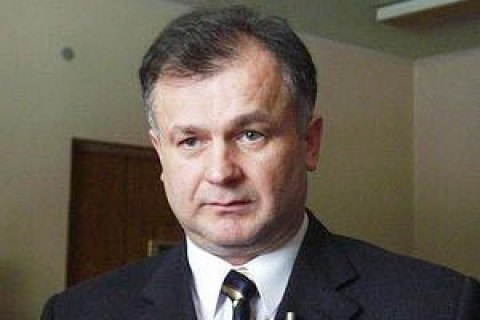 Prosecutor-General's Office (PGO) is investigating the possible reception by former heads of regional state administrations of Khmelnytsky Vasyl Yadukha and Rivne's Vasyl Bertash of $ 5.8 mn from the leadership of the Party of Regions in 2007 – 2012, Ukrainian News reported on Monday, 30 October with reference to court records.

PGO asked a court to be sanctioned access to archive documents of the Khmelnitsky and Rivne regional state administrations, which contain samples of ex-governors' handwriting.

The motions are within a probe by the PGO Department of Special Investigations into to the data found in the so-called "black ledger" of the PR. In particular, prosecutors dig into improper benefits by deputies of the Verkhovna Rada, members of the Cabinet, the High Council of Justice, higher military officers and other officials are being investigated during the period of 2007 to 2012.

The investigation is studying the entries from "black accounts" about alleged payment of 4.08 mn dollars to Bertash, and $ 1.75 mn dollars to Yadukha.

The court granted the petitions of prosecutors.

On 28 May, 2016, the former deputy head of the Security Service of Ukraine Viktor Trepak handed over to NABU documents confirming the illegal cash disbursement by the Party of regions to a number of former and current high-ranking Ukrainian officials. The so-called "black ledgers" of the Party of Regions indicated about $ 2 bn in cash disbursements.

NABU detectives got hold of over 840 pages of handwritten entries covering the period of 2008 – 2012. The ledger's 25 thousand entries list the date, names and initials, the amount of disbursed funds and a short description of expenditure.

In June, the "black ledger" case was given over from the NABU to the Prosecutor-General's Office.