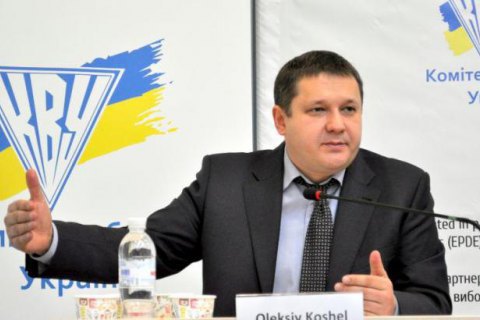 The Committee of Voters of Ukraine (CVU) at a press conference on Monday, 30 October, presented the results of a parallel counting of votes in the elections of the heads of the 201 unified territorial communities that took place on October 29.

Koshil stressed that the majority of winning candidates were self-nominated, but by and large non-publicly supported by political parties, especially PPB or Fatherland.

Fatherland's Yulia Tymoshenko announced at a different press conference on Monday that 26 candidates, nominated or supported by her party, won the elections.

On Sunday, October 29, Ukraine held elections in 201 united territorial communities across the country in 933 local councils (25 city, 67 village and 841 rural).

According to the Central Election Commission estimates that over 1.33 mn people, or about 4% of the total number of voters, were supposed to take part in the election.