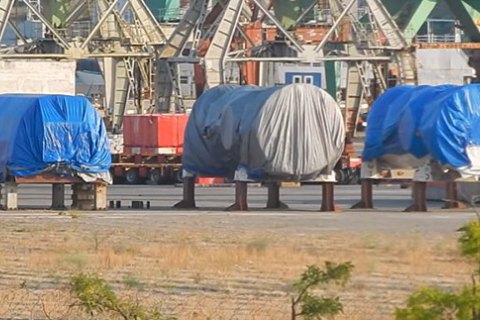 Ninth Arbitration Court of the Russian Federation refused to arrest Siemens turbines supplied to the Russia-occupied Crimea in bypass of sanctions, TASS reported on Monday, 30 October.

Siemens sought to seize four gas-turbine installations SGT5 – 2000E and ban the Russian company Tekhnopromexport or other entities to transport, mount, operate, modify, disassemble, or otherwise use the turbines. In addition, Siemens asked to ban Technopromexport from making transactions aimed at the alienation or any encumbrance on the turbines.

On 20 August, the Arbitration Court of Moscow refused to arrest the turbines. Siemens filed an appeal.

In early July, it became known that Russia in violation of the sanctions has forwarded to Crimea Siemens-made gas turbines originally intended for power stations in Russia's Krasnodar region.

Siemens soon filed a lawsuit against the Tekhnopromexport and Tekhnopromexport who were responsible for the supply of turbines, as well as against Siemens Gas Turbine Technologies, a Siemens and the St. Petersburg-based Power Machines joint venture, which manufactured the turbines.

In addition, Siemens broke in late July a licensing agreement with Russian companies to supply equipment for power plants and temporarily stopped the supply of equipment for power stations on existing contracts with government customers from Russia.

In August, the EU at Germany's request slammed sanctions on Russian companies Tekhnopromexport, Tekhnopromexport and Interavtomatika, engaged in the installation of the turbines.