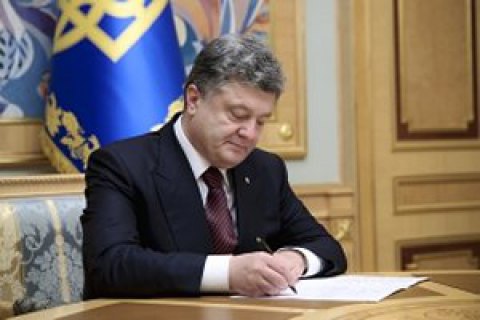 The law was adopted by the parliament on November 9.

The legislation cancels the provisions of the law "On Civil Service" that no longer applies to chairmen of local state administrations and their deputies.

Heads of central executive bodies that are not members of the Cabinet of Ministers and their deputies are appointed and dismissed by the government.

In addition, the law amends the law On the Cabinet of Ministers by introducing a norm on disciplinary action against members of government.

The head of government will be able to initiate disciplinary proceedings against ministers and their deputies, and heads of other central executive bodies, and apply disciplinary sanctions against such persons.

In addition, the law gives ministers not leading a ministry to put draft government resolutions before the Cabinet.