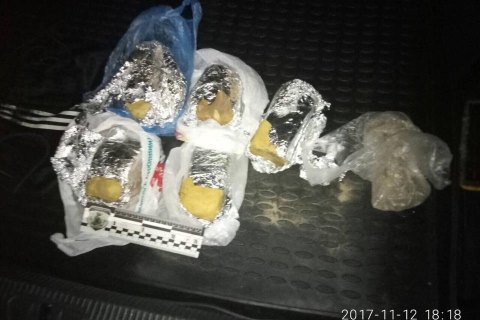 Head of Self-Help faction in the Verkhovna Rada Oleh Berezyuk told reporters that the two men, who were detained on 12 November with explosives in a Kyiv parking lot, had previously been expelled from the rally tent camp outside the parliament.

"The people, whom the Interior Ministry yesterday detained with 6 kg of explosives have been expelled from the camp of protesters last week," he said.

Berezyuk did not rule out the detained have been planted in the camp for the purpose of provocation.

"I guess their aim was to discredit the peaceful protest, which for the first time in the modern history of the country does not require an overthrow of the system, removal of the president or the parliament," he added.

MP Yegor Sobolev on Facebook confirmed that the detainees had previously been among the protesters.

"A group from Transcarpathia, whose members have systematically violated discipline [in the rally tent camp]. Last night, a day after their expulsion from the camp, members of this group were arrested by the police with 6 kg of explosives," he wrote.

On Sunday, at around 5 pm, police discovered a car with explosives at a shopping mall parking lot in Kyiv. A backpack in rthe car's trunk contained five briquettes of plasticide weighing 6.5 kg and ten electric detonators.

Both detainees were the residents of Mukachevo, Transcarpathian Region.