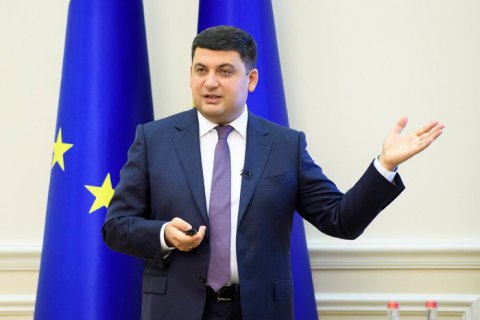 Prime Minister Volodymyr Groysman urged the Verkhovna Rada to adopt the state budget for the next year.

"Next year should be the year of success for Ukraine. The government, together with the parliament and the president have already developed a lot of important decisions, which are expecting adoption and implementation. One of them is the draft state budget for 2018," Groysman wrote on his Facebook page on 14 November.

"We will fund education, healthcare, ensure the continuation of the decentralization, will build roads and strengthen our energy independence," the prime minister wrote.

"This budget provides for the economic growth of 3%, but this figure may be higher depending on our further steps and actions. However, even with a 3% growth will mean that we increase production by 400 bn hryvnya over 2017. Tens of thousands of people will get jobs, wages, and the economy will grow," the statement Groysman reads.

According to regulations, the Rada was supposed to approve the draft state budget in the first reading before 20 October. However, the last plenary week was marked by protests outside the parliament demanding political reform. As a result, the Rada put aside the consideration of the state budget.

From 9 to 17 November in Ukraine, the technical mission of the International Monetary Fund to Ukraine will discuss the draft 2018 budget.