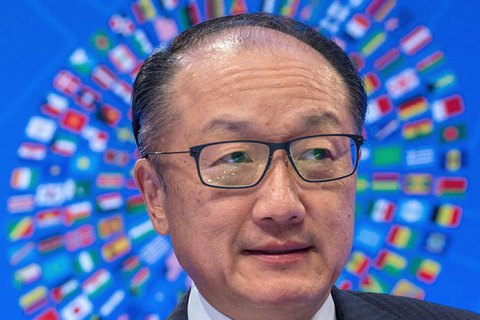 President of the World Bank Group Jim Yong Kim links the subsequent investment in Ukraine to land reform and the creation of the Anti-Corruption Court.

"Jim Yong Kim said that further investments may be talked about after steps are made to conduct land reform and the creation of the Anti-Corruption Court. This, in his opinion, will be the key changes in the image of Ukraine, Kim stated after a meeting with the Speaker of Ukrainian parliament and representatives of parliamentary factions, Interfax-Ukraine reports citing the press service of the Verkhovna Rada.

WB president said that important spheres of reform for the subsequent receipt of investments are health care, land reform and struggle against corruption.

Kim believes that increasing transparency and opening up the land market will investment attractiveness in Ukraine.

"The arrival of investors in this sector will lead to increased productivity. For millions of people - the owners of land– this will mean additional revenue from the lease. It will provide an opportunity to fill the budget and release funds that can be spent in other areas, such as health care," he said.

According to Kim, the opening of the land market will, according to preliminary estimates, increase the nation's GDP by 1.5%, and that investors pay the most attention to this sector in terms of further development of Ukraine.

He also stressed the need to establish an anti-corruption court after the steps that have already been made in the fight against corruption – the creation of NABU, NACP, and SAP.

"Many of these steps took place within the framework of the reform, but the next step should be the establishment of an independent anti-corruption higher court, a key priority," said president of the WB Group.

He noted that the World Bank Group is looking for opportunities to expand financial support for reforms in Ukraine.

Recall, on Monday, Kim arrived in Ukraine on a two-day visit.