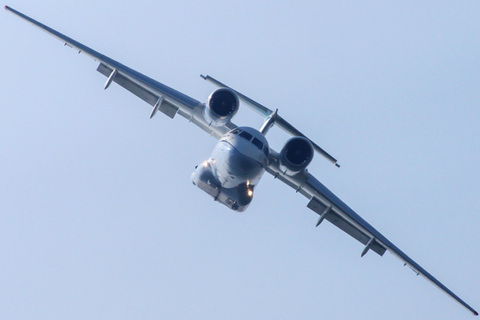 Ukroboronprom said in release on Monday, 13 November, that an agreement was reached at the Dubai Air Show Airshow 2017 in the United Arab Emirates last week.

The deal provides for the serial production of the AN-74 transport aircraft in various modifications and the modernization of existing production. In addition, the Kharkiv company will receive orders for spare parts, maintenance and training of pilots.

"In turn, the Oriole Capital Group will be entitled to invest in production, modernization and sale of these aircraft," the press release said.

Ukroboronprom says that it is a multi-year contract.

"This agreement is to attract investment from the United States is an extremely important event for Ukraine. For the first time, aircraft building enterprises of our country draw a strong international investor who is planning to invest for years," said the director of the group, Roman Romankiv.