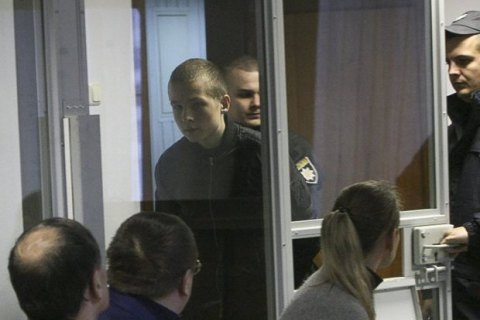 An indictment against Bohdan Popov, an underage son of MP Ihor Popov, has been sent to court, the Kyiv police have said on its website.

Last November Bohdan Popov and his friend robbed a grocery in Kyiv. Two men with faces covered by balaclavas ran into the store and took 2,500 hryvnyas from the cashier at gunpoint. The shop assistant and customers detained one of the robbers on the spot, the other one was caught by police 20 minutes later.

Both are charged for robbery, which carries a punishment of up to 12 years in prison.

According to information available to LB.ua, the teenagers were suspected of at least one more robbery but prosecutors refused to coordinate the charges in the second episode. Overall, there were six similar cases in the Obolonskyy district in which the MP's son may have been involved.

He may receive a probation term because he pleaded guilty.