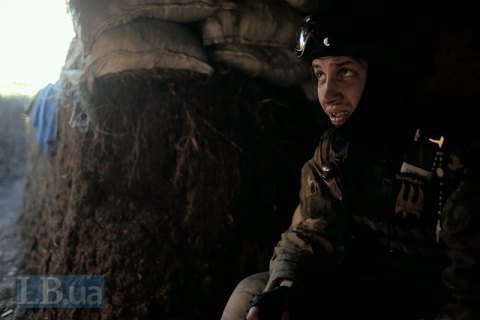 Two Ukrainian servicemen have been wounded as a result of five ceasefire violations by pro-Russian militants since the midnight, the press service of the antiterrorist operation (ATO) HQ said in its evening update on Facebook on 6 February.

In the Luhansk sector, militants used 120-mm and 82-mm mortars banned by the Minsk agreements near Novozvanivka. They targeted the ATO positions near Troyitske with 120-mm mortars, an anti-aircraft system and heavy machine guns and those near Novooleksandrivka with heavy machine guns.

In the Donetsk sector, the enemy was active along the Sea of Azov coast. In particular, it fired 15 bombs of 120-mm caliber near Shyrokyne and used small arms near Vodyane.