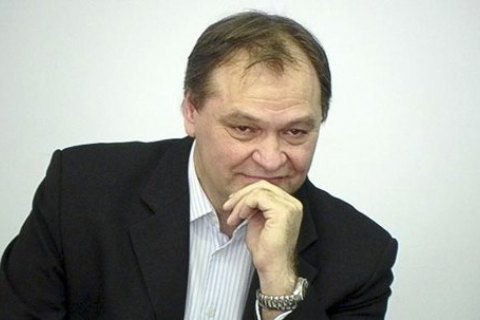 Ukrainian MP Oleksandr Ponomaryov (People's Will) has snatched phones from two journalists in the parliament lobby.

According to Censor.net, the incident took place after the journalists attempted to record on their phones a hot dispute between Ponomaryov and MP Serhiy Sobolyev (who accused him of sabotaging the army from the rostrum).

After talking to Sobolyev, Ponomaryov confronted the journalists, accusing them on snooping on his private affairs, snatched their phones and put them in his pocket.

"I will not be jailed, don't worry. You will. You will be held responsible. I don’t know your phone is," Ponomaryov told the journalists as he was heading out of parliament.

After some bickering he returned the phones.

The editorial office of Censor.Net accused the MP of impeding journalist activities, which it believes to be a valid ground for a criminal case.

The press service of the Kyiv prosecutor's office said the incident falls under Article 171 Part 1 of the Criminal Code "violation of legitimate professional journalist activities".

The case will be investigated by the Security Service of Ukraine (SBU).