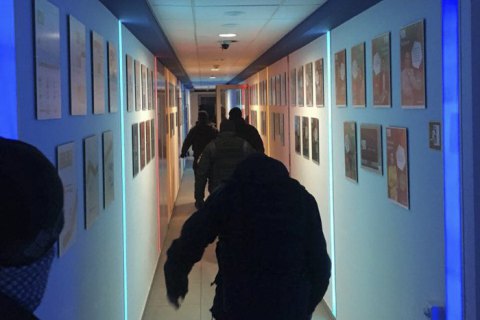 The National Agency for the Detection, Search and Management of Assets Received as a Result of Corrupt and Other Crimes (ARMA) has said that on 8 February, it took over control of all premises on floors 31-33 in the Gulliver Business Centre in Kyiv. The editorial offices of the Vesti newspaper, website and radio. On 8 February, representatives of the Main Military Prosecutor's Office and the National Police came to Gulliver to enforce the 28 September ruling of the Kyiv Pecherskyy district court despite attempts by unidentified individuals to prevent this, ARMA has said on its website.

ARMA transferred the premises to a managing company under a property management agreement.

"Persons who occupied the premises before their factual transfer to a managing company can promptly sign a lease with it to be able to continue to stay there legitimately," ARMA said.

The property in question was impounded within the framework of a criminal case into former Minister of Income and Levies Oleksandr Klymenko who is suspected of organizing tax evasion platforms. He is believed to have inflicted damages running at 96bn hrynvyas on the state.