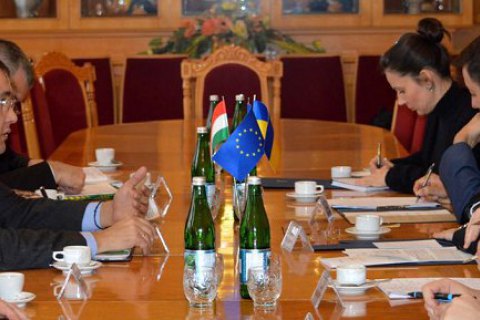 In the course of negotiations, Kyiv and Budapest have managed to coordinate stands on ways of resolving the situation caused by the implementation of the language provisions of the Ukrainian law on education, Deputy Foreign Minister Vasyl Bodnar has said.

"We can say with cautious optimism that long-lasting negotiations with the Hungarian side ended with the coordination of key positions on ways of settling the 'language issue"… Step by step to normality," he tweeted.

The sides also agreed to jointly patrol the border and develop its infrastructure.

Budapest threatened to block Kyiv's Euro-Atlantic integration after Ukraine adopted the new law in education in September 2017. It was outraged by its language provisions saying that children who will go to school after 1 September 2018 can be taught in minority languages in primary school only. Starting with the fifth form, all classes should be taught in Ukrainian.